Back in June of 2015, the U.S. Supreme Court ruled that legislative maps drawn by citizen commissions, and not State Legislatures, are constitutionally valid. A month later, I introduced legislation to create such a commission in Michigan so that legislators could no longer gerrymander these lines in their favor.

The Republican majority in the Michigan Legislature wouldn’t consider our bills, so citizens took this fight into their own hands. Proposal 2 of 2018, fueled by Voters Not Politicians, at long last ended gerrymandering in Michigan and ensured a citizen-led process would draw fair lines.

Finally, we have new maps drawn by the redistricting commission. I’m excited to be running for re-election in the newly drawn 7th State Senate district: 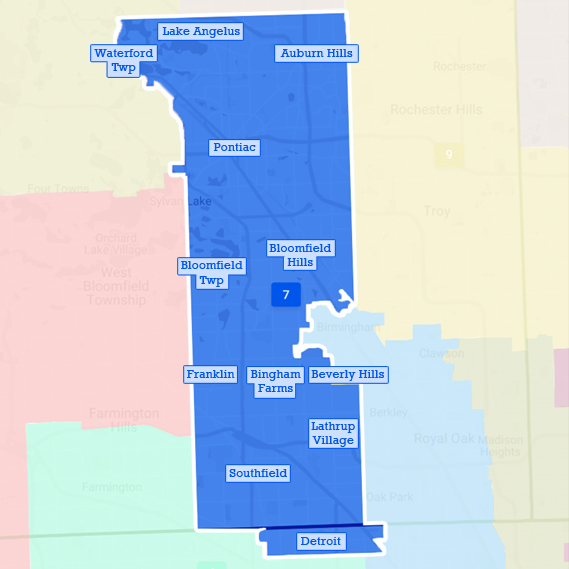 This new district includes my hometown Southfield, where I was first elected to the City Council a decade ago, and Lathrup Village. I’ve been honored to represent these cities for several years, both as State Representative and now as State Senator.

It also includes Beverly Hills, Bingham Farms and Franklin, communities I proudly represented for two terms in the Michigan House.

While no other incumbent Senator will be running in this district, I will not take anyone’s vote for granted and will be campaigning to earn the support of voters in every community.